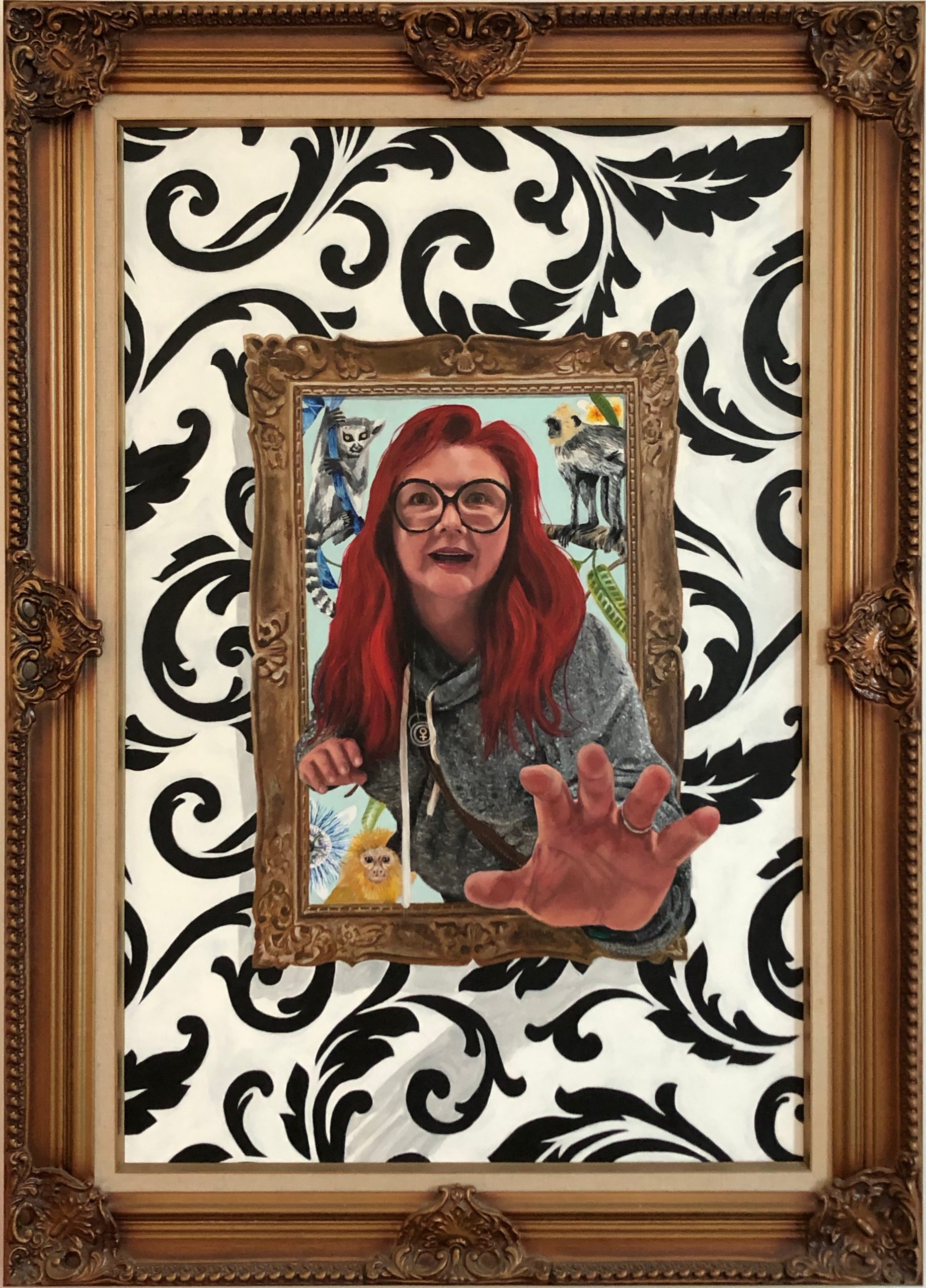 Laura’s earlier work is primarily acrylic on canvas, but due to a life altering medical diagnosis that includes severe allergies to acrylic she was forced to change mediums, which turned out to be an excellent turn of fate.

Laura then studied in oils under the Master Paul Richard James whose provenance works back through to the early Italian Renaissance period, the masters above her include such well known artists as, Pietro Annigoni, Jacques-Louis David, Cigoli, Bronzino, Pontormo and Leonardo Da Vinci. She paints primarily classically, in oil; however, she still enjoys playing with other mediums.

This was not Laura’s first formal training. She has often taken courses, she was educated in Sheridan College, crafts and design where she majored in glass and fabric.  She convocated from Queen’s University Arts.  She won many bursaries and scholarships, including a $30K millennium scholarship as well as the Barbara Paul Prize, which at the time was the most prestigious award given to female students.

Before attending Queen’s, Laura spent a number of years as an art dealer, selling her own work along with that of other artists including Pieter Doef and Helen Benda. After Queen’s, she also worked as an art teacher at the prestigious Munich International School in Bavaria, Germany, which is a school that serves a number of royal families and european elite.

Her work was selected and used in the movie Fault as well as on the cover of an eco travel magazine in Brazil to highlight the Kingston area. Her work has been seen on local, provincial and national stages. She has participated in countless shows, both shared and solo and her work hangs all over the world. In 2018 Laura and seven of her students pieces were selected out of all artists in Ontario to hang at the Legislative Assembly of Ontario. Impressively, eight of the selected 52 selected paintings, showing off excellence in Ontario Art, were from her Atelier.

Laura's primary interests include: Contemporary realism, Classical realism, Magical realism and teaching students.  Her students are taught a super condensed course in which they learn to paint masterpieces in 12 weeks.  The skills they learn are transferable and repeatable.  Students are also provided with a list of books and other materials that they can use to continue with a fine-arts education. It is impossible for people to get their heads around her process until they are immersed into her classroom.