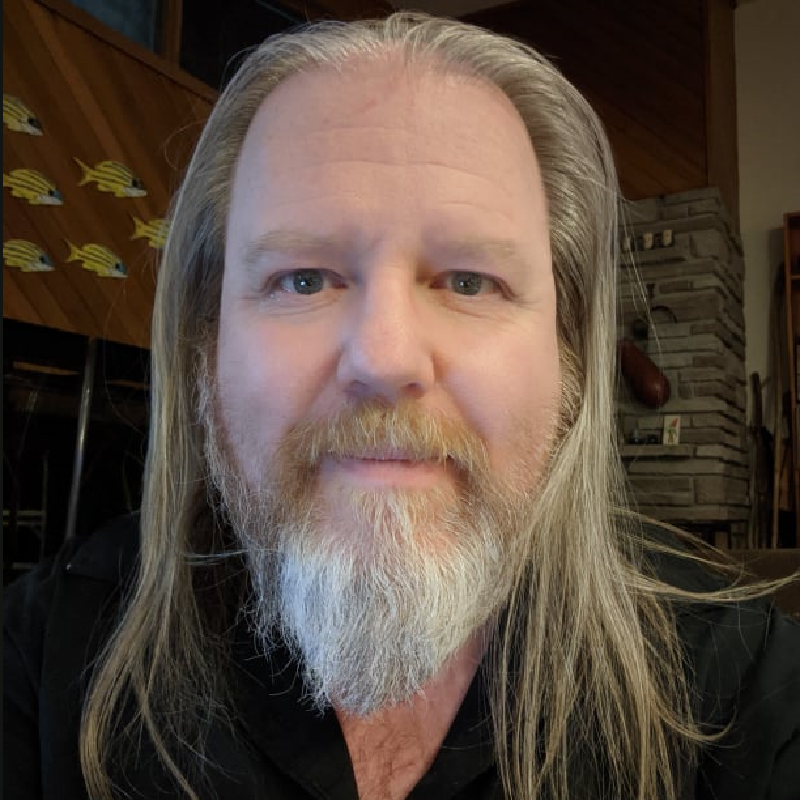 After gaining a B.A. through University of Guelph's department of Music and Fine Art, he became active within the community since his arrival in 1987 through a variety of LGBTQ, social justice, environmental, artistic, historical, and gaming organizations.  He is particularly known for his work running Faery Fest's Enchanted Ground, a fantasy arts festival,  for it's lifespan from 2006-2015.

T. Shawn Johnson currently  works with his Partner at Fantescapes Escape Room, where his focus is on prop making and puzzle design.

His Virtual reality works have been displayed on the following platforms: Activeworlds, SecondLife, IMVU, Sansar, Altspace, and Mozilla Hubs, as well as a number of Defunct Platforms including Blaxxun, Adobe Atmosphere, Nuvera, and Friends Hangout.