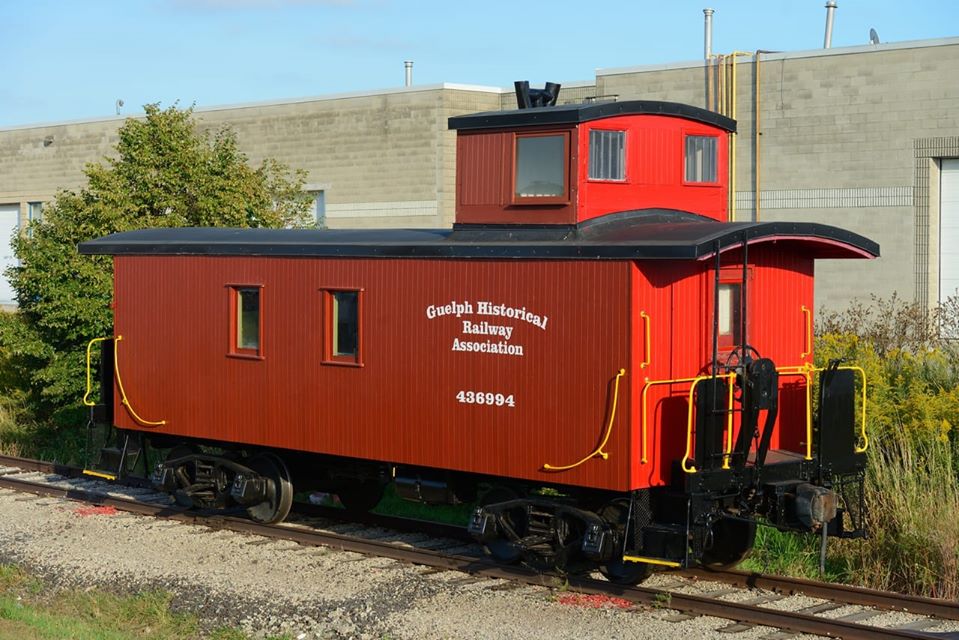 Built in the 1920’s and rebuilt in 1941, this wooden-body caboose served the Canadian Pacific Railway for more than 60 years.  For the past 27 years, it has been and continues to be beautifully restored by members of the Guelph Historical Railway Association.  The inside is now a railway museum on wheels, reflecting the glory days of railroading in the mid-20th century.

Thank you to Caleb Bray at Calibrate Visuals for the quality video production.

The Guelph Historical Railway Association’s former Canadian Pacific Railway caboose is a railway museum on wheels.  This wooden-body caboose was originally built in 1941 by the CPR as number 436994 and served CP for over 40 years.  The members of the Guelph Historical Railway Association have spent more than 27 years beautifully restoring the caboose to reflect railroading as it was in the mid-20th century, when railways were vital to the survival of communities.  This was a time when there was still a certain romance and prestige involved with working on the rails.  In an age before expressways and a car in every garage, two continuous steel rails are what connected communities in a vast network branching across this nation, delivering people products and supplies.

Not simply the last car on the train, the venerable caboose (often called a van in Canada) was once a rolling office and a home away from home for the crew of the train.  Inside were bunks, a table and a coal or oil-fired stove for warmth and cooking meals.  From within, the conductor handled the paperwork for the train which detailed its cargo and its destination.  From the upper seats in the caboose’s cupola the conductor and brakeman kept watch on the train, keeping an eye on the air brake pressure and watching the train ahead for signs of problem equipment.  Today most railways have abandoned cabooses for an electronic box on the rear to measure brake pressure and performance.  Railways remain vital transportation links for goods and passengers, but the caboose is now a part of history.

Thank you to our 2021 Doors Open Sponsors: