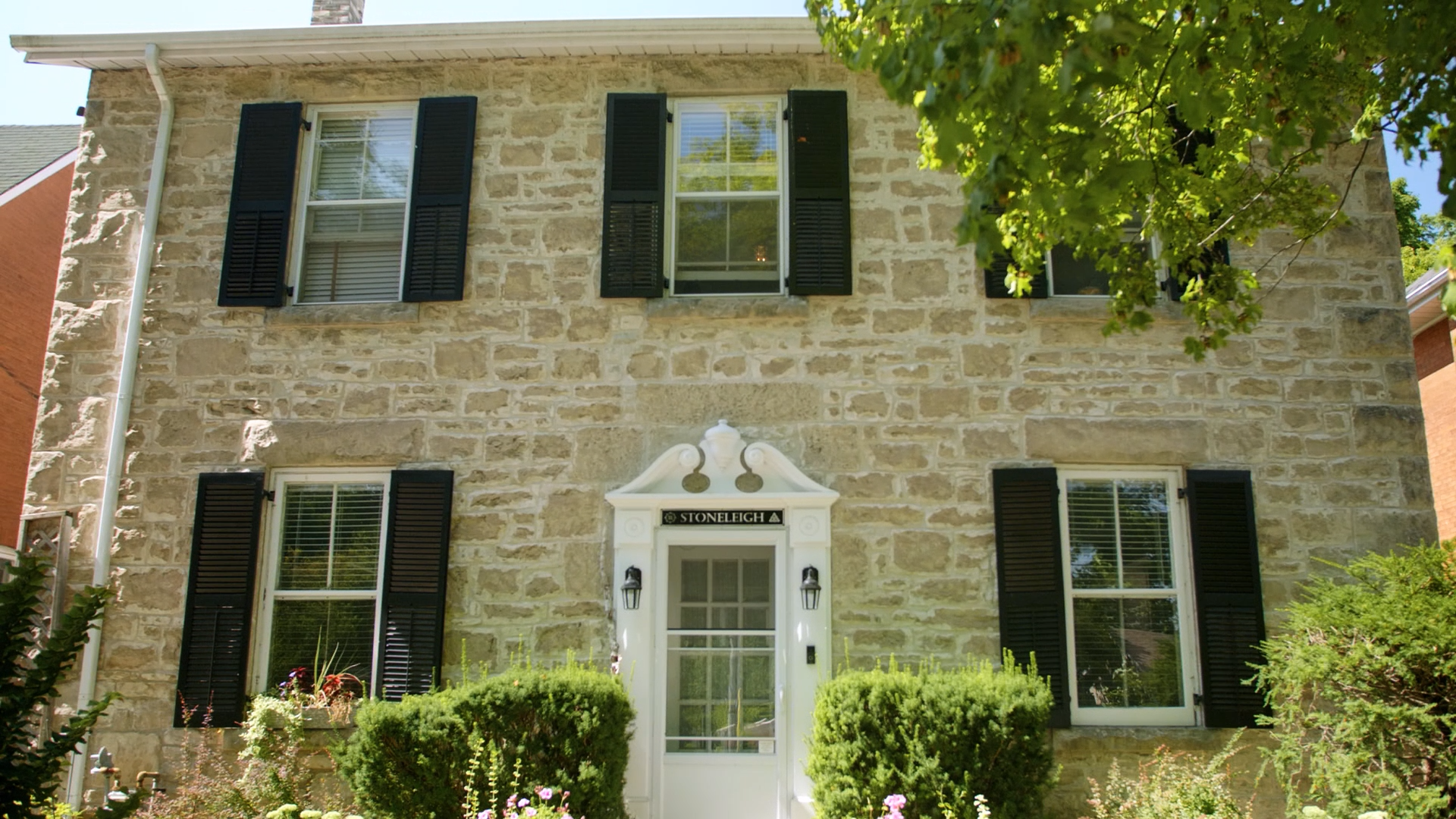 Waterloo Avenue, originally called Market Street, was one of the original entrances to the city of Guelph. As the street developed, it became the heart of the new town’s economy. By the 1850s, the quarries that surrounded Waterloo Avenue were a key part of that economy. 225 Waterloo Avenue was built on land owned by David Kennedy, one of the most important quarry owners and a master stonemason. He was one of the original owners of Guelph Limestone, now known as the Dolime quarry, the longest-operating quarry in the city. Remnants of the quarrying can be seen in the backyard. The house, home of Robert C. Kennedy, was built in 1880 of locally quarried limestone in the neo-Classical Georgian style with a centre-hall plan. The home is now being lovingly restored by its present owners.

Thank you to Leanne Caron and Arni Mikelsons for opening up their home for this Doors Open Guelph experience, to Susan Ratcliffe for her ongoing support of this program and to Caleb Bray at Calibrate Visuals for the quality video production.

Interested in learning more about the historical limestone industry in Guelph? Check out this great article published by the Guelph Historical Society.

Thank you to our 2021 Doors Open Sponsors: