Auditions for Splitsville, a comedy about bowling! Directed by Jane Watson. 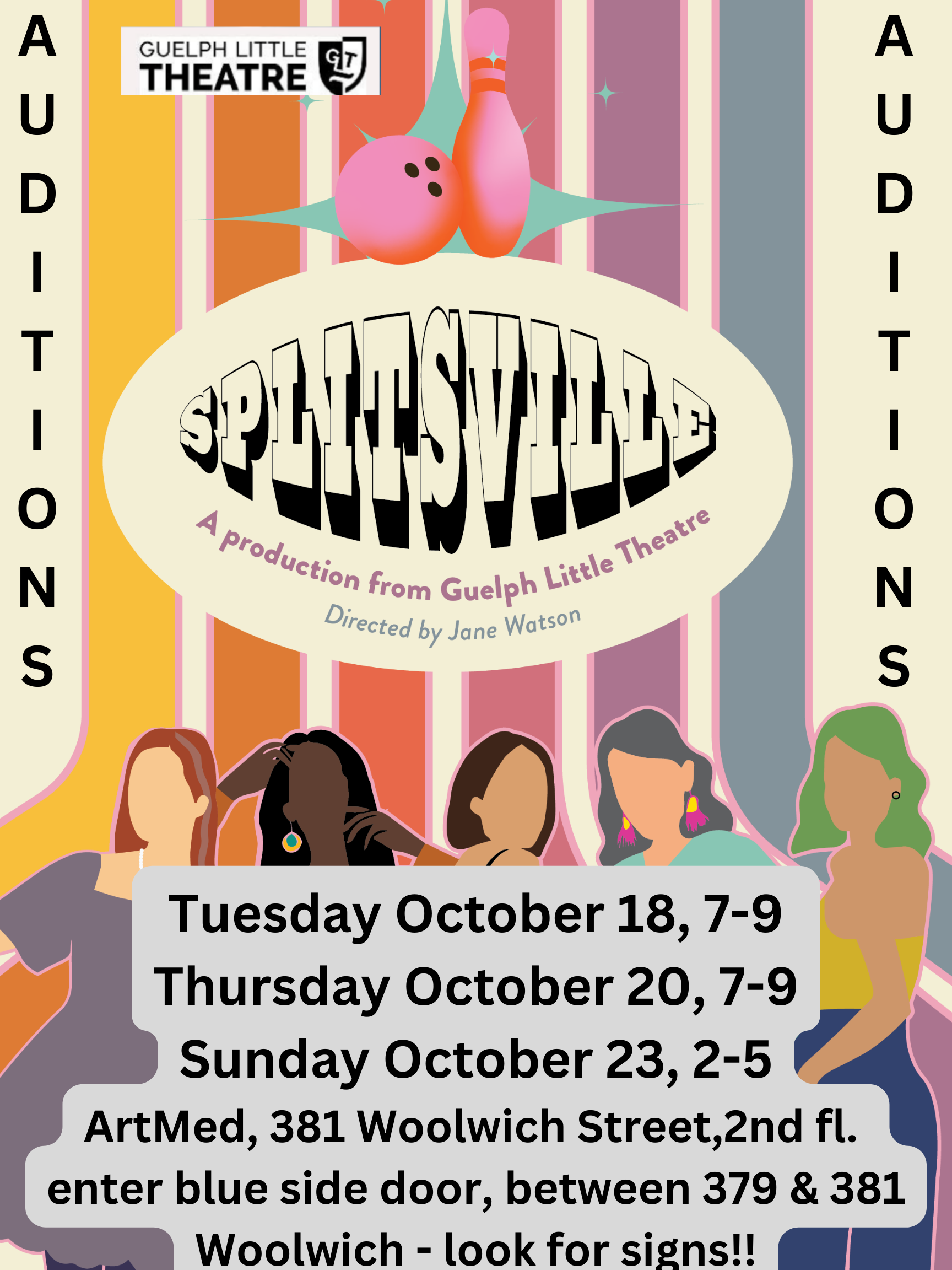 Come audition for our 3rd show of the season!

Character Descriptions:
Allie
A competitive A-type avid bowler who feels more at home on the bowling alley than anywhere else. She’s smart, but has a huge blind spot about her impact on the those around her and as a result has given up on romantic relationships. She can let her temper and competitive nature get the best of her, but once she let’s you in, she’s loyal and kind. Tough on the outside, softer on the inside – a part of her that few get to see. Looks between 30 – 45
Darryl
Owner/Mangar of the Splitsville Bowling – dedicated to his business and therefore over-worked! Passionate about the bowling alley and its league players. Not a push over – holds those that dedicate themselves to bowling in high esteem. Single – he’s not looking for love – but he’s on a journey on self acceptance. Smarter than he first appears.
Female, looks between 40 – 50s
Reba
Joins the league because she thinks it’s a mixed league – she’s on a hunt for a man! She’s using her old tricks but they aren’t working anymore…so she thought she could find a good man at a bowling alley! To her surprise it’s a female only league! She’s on a journey of self discovery to learn that she has more to offer than she thought.  Must be comfortable in tight clothing and low cut tops.
Female, looks between 35 – 50 – really indeterminate age
Molly
Long suffering wife of Frank Carter who joins the league to get some desperately needed alone time from her super attentive husband Frank. She’s at her wits end – and hopes to escape his constant presence by joining a female only league, only to have him come to every game!  She’s a retiree.
Female, looks between 55 – 65
Frank
Oblivious, affectionate, hard of hearing (wears hearing aids) husband of Molly who can’t seem to grasp the concept of “alone time”  Also a retiree. Needs agile hands as he spends a lot of time knitting!
Male, looks between 55 – 65
Lexi
The most modern team member, part hipster, part millennial, very confident and self assured, she’s looking to actively expand her network of friends and try something new!
Female, looks between 30 – 40
Jasmine
Harried, disheveled mother and recent divorcee, nervous about getting out, about spending time away from the kids, she speaks a million words a minute, also desperate for some me-time
Female, looks between 25 – 35