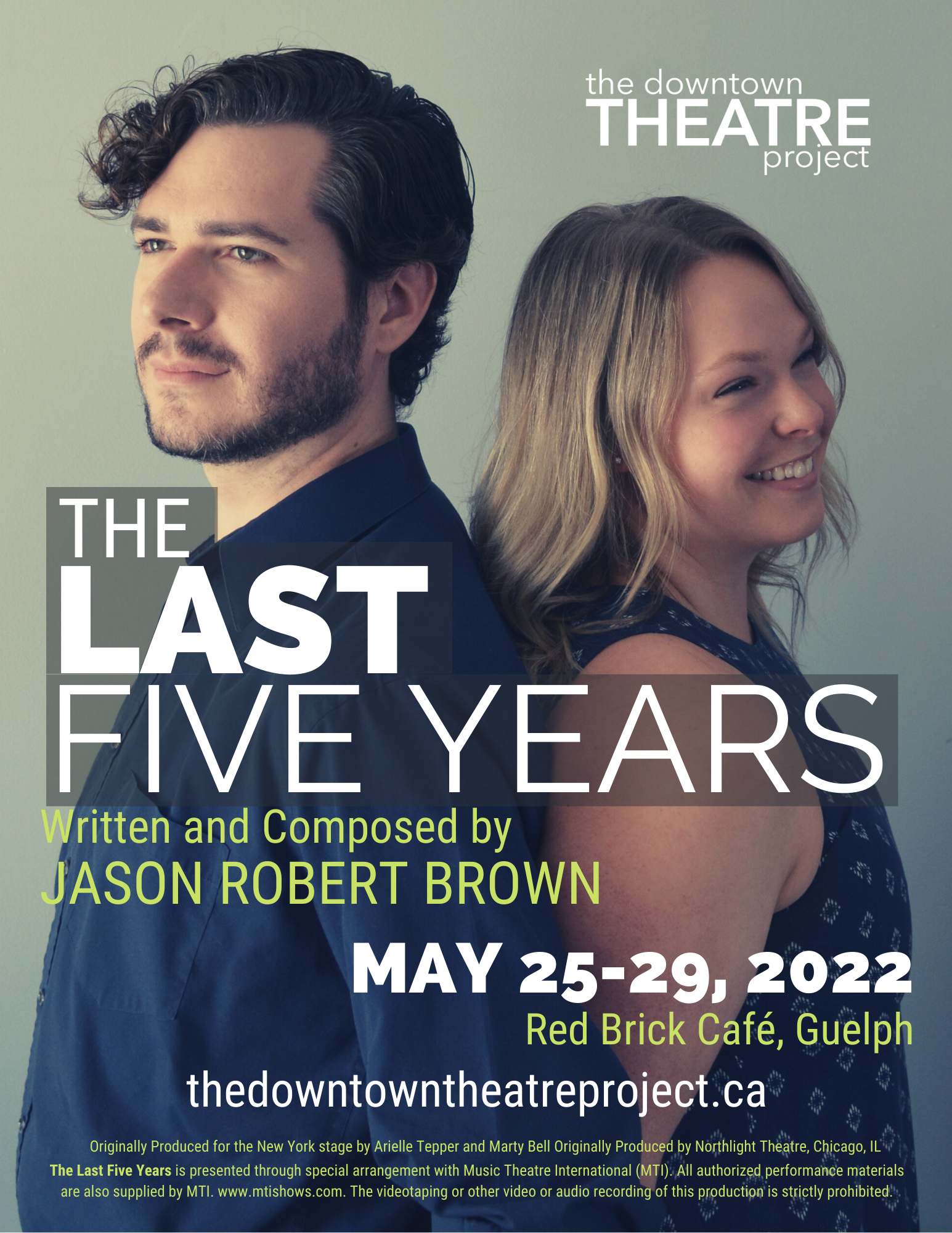 Drama Desk award-winner The Last Five Years is Jason Robert Brown’s intimate window into a couple’s doomed marriage. Cathy, a struggling actress, and Jamie, a budding novelist on the brink of wild success, are 20-somethings in New York who meet, fall in love, marry, and divorce over the span of five years. Cathy tells the story from the end of their marriage; Jamie begins from when they first meet. As the musical unfolds, Cathy moves backward in time to the beginning of the relationship as Jamie moves toward the end; they meet only once, in the middle, at their wedding. Since its Off-Broadway premiere in 2002, Brown’s funny, poignant, and devastatingly honest two-person production has enraptured audiences around the world with its spellbinding and emotional score and libretto.