Body Piercings, Board Games & Branding… It’s All Business As Unusual

By Aron Murch, partner at 2H Media in Guelph

Born into a nomadic family, Aron’s story begins 14,962km away, in Surfers Paradise, Australia (almost as far away as you can get before starting the return trip). By age 13 he had visited and lived in over 30 countries as his parents started and expanded a grassroots business (Nomad Silver) importing silver jewelry. As anyone with entrepreneurial parents understands, he was drafted into helping with family operations. His first taste of eCommerce, selling products and managing inventory came before he was in the 4th grade (he didn’t attend an institutional school until grade 9 at John F. Ross C.V.I.).

Fast forward a few minutes in Aron’s lightning fast lifestyle he was managing 1000’s of products and maintaining relationships with suppliers from China, Thailand and Bali. This is a brief glimpse into how a worldwide journey is now benefiting the Guelph creative economy.

Nomad Silver transformed into Rage Body Jewelry(~1999) as the body piercing and tattooing industry exploded in Canada in the late ‘90s. Aron’s family was at the cutting edge of something growing out of control. Unbeknownst to him, his pathway to building online business (even though the internet was in its infancy, Google only emerged in 1998) had officially begun. 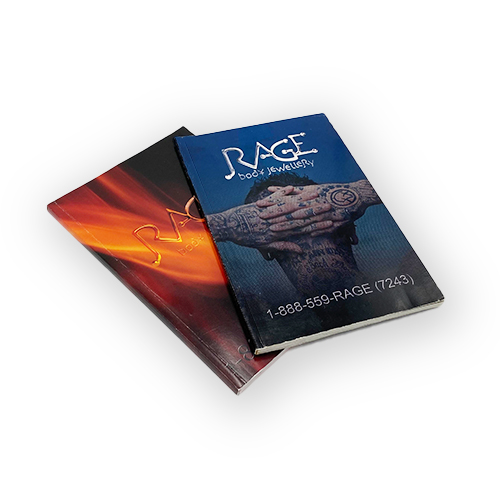 If managing 1 company at the age of 20 wasn’t enough Aron began working on a humble side-project that would soon take on a life of its own. Drawing on a long-term love of board games, Aron spent over 12 months designing, developing, and polishing the board game, Albion’s Legacy, together with long-time friend and mentor, Thomas Gofton (the present owner of Downtown Guelph’s Albion Hotel). The game saw moderate success on Kickstarter, raising $39,739 in 2014 and propelled the side-project into a fully realized start-up (Lynnvander Studios). As he continued to develop board games and launch new Kickstarter campaigns, Aron was forced to make the difficult choice between the stability of the thriving family business, and following his passion for board games, branding, and artistic creation.

Continuing in the spirit of his nomadic parents, Aron chose to walk his own path, and threw himself head-first into Lynnvander Studios as co-founder, creative and development lead on numerous projects. A decision that would soon create opportunities that he had never imagined possible, and see him travelling far from home once again. Lynnvander’s early Kickstarter success and their growing reputation within the board game community attracted the attention of major publishers around the world from Jasco Games (Nevada) to Riverhorse LTD (Europe). With the larger publishers came larger opportunities, including officially licensed projects such as Buffy The Vampire Slayer: The Board Game (2016) and Terminator Genisys: Rise of the Resistance ( 2018). 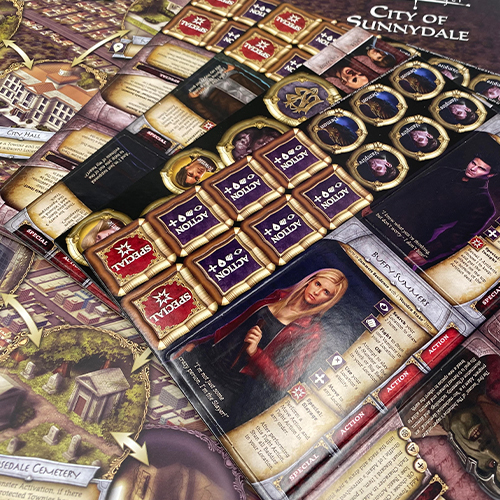 Buffy the Vampire Slayer, the board game by Lynnvander Studios. Design by Aron Murch and Josh Derksen. Photo By Aron Murch.

Again if his plate wasn’t full enough, Aron became a partner at The Round Table Board Game Cafe (Guelph), and later launched Afterlife, a video game bar in Downtown Guelph. His plate was officially at the point of bursting and in 2019 he decided to look back on the whirlwind journey that led him back to Guelph.

Up until now Aron never really experienced a sense of grounded local community. Having lived most of his adult life traveling, it was time to shift into a more manageable lifestyle. Following a brief hiatus he joined the Red Brick Cafe management team to immerse himself in the Guelph community. His business focused and entrepreneurial spirit kicked in and he began refining the cafe’s branding and website.

Aron is now a partner at 2H Media in Guelph, bringing his experiences and talents to local businesses. You can meet Aron at the upcoming workshop on Creating a New Audience on LinkedIn powered by Guelph Arts Council on October 22nd.

You can RSVP here.