GAIN Music and DSTRCT Bring Back Battle of the Bands

The Battle of the Bands makes a triumphant return to Guelph after several years’ hiatus, and it’s going to be ‘bigger and badder than ever’, says Nik Wever, Director of Operations at GAIN Music and co-owner of DSTRCT, Guelph’s Premiere Live Music and Entertainment Venue.

Vanessa Tignanelli of the GALACTICATS competing in the last Battle of the Bands. Photo by Brandon Marsh Photography, courtesy of GAIN Music.

DSTRCT occupies the upper floors above Van Gogh’s Ear (currently under renovations to become La Reina). It’s a hub of alternative live music, art (murals abound), and community. Something about DSTRCT reminds me of the photo series “Metal Cats” by Alexandra Crockett, which captures charming moments between hardcore metal music stars, and their pet cats. It’s a place of surprises, connections, loud (and not-so-loud) music, and stands out as a powerfully nurturing environment for artists and audiences alike.

2018’s Battle of the Bands is one of the ways GAIN Music and DSTRCT give a platform to rising musical talent in the region. Round one features four bands each on four nights in May, starting May 4. Winners of those battles will face off in June, with finals in July. Lineup details and voting can be found on the event website.

The bands are paid to perform, even if they don’t win. Top prizes include spots in 2019 GAIN and Kronik music festivals, a lyric video, recording, professional band photos, custom drum head, a podcast feature and other great prizes.

Scoring is determined by a combination of audience votes, ticket sales and judges’ scores. Hard rock, punk and metal bands or solo artists can still apply to participate in a later round by emailing [email protected] with a link to tunes and socials.

I took a moment aside with Wever (I think I took over his entire break and then some), to dig into some details of the newly revived Battle of the Bands.

Thanks for taking the time for me, Nik. I’m wondering when this all started and how it has evolved since.

We first hosted the Battle of the Bands at the end of 2013, start of 2014. It was originally going to be something we were going to run as a yearly event but post-competition we hosted our fourth annual GAIN Music and Arts festival that March, then a few months later we were opening DSTRCT and the battle got lost in the shuffle, so we haven’t hosted one since.

So it’s a triumphant return!

Yeah! Bigger and badder than ever. Haha

There’s so much going on at DSTRCT that you’ve developed in just a few years.

A lot of the ideas have been in development for years but we hadn’t had a proper venue for it. So Bilay and I just opened our own place so we could do everything we’d talked about.

I know you host many genres, like metal and punk and indie, but how would you describe it? I imagine we won’t be hearing a chamber choir – but then I’m not sure I’d be completely shocked if it was worked in! DSTRCT feels a place where nothing is totally off limits.

Yeah it definitely is a very eclectic place as far as musical genres go. Our goal is to bring a high production show each and every time so that bands get to experience playing on a real stage, with lights, monitors, a tech and everything you’d expect at a larger venue.

Anyone can throw some speakers onto stands, book a few bands and host a show. But we believe that there’s more to it than just that. Both from the bands’ perspective and also from the fan / music-goer perspective. 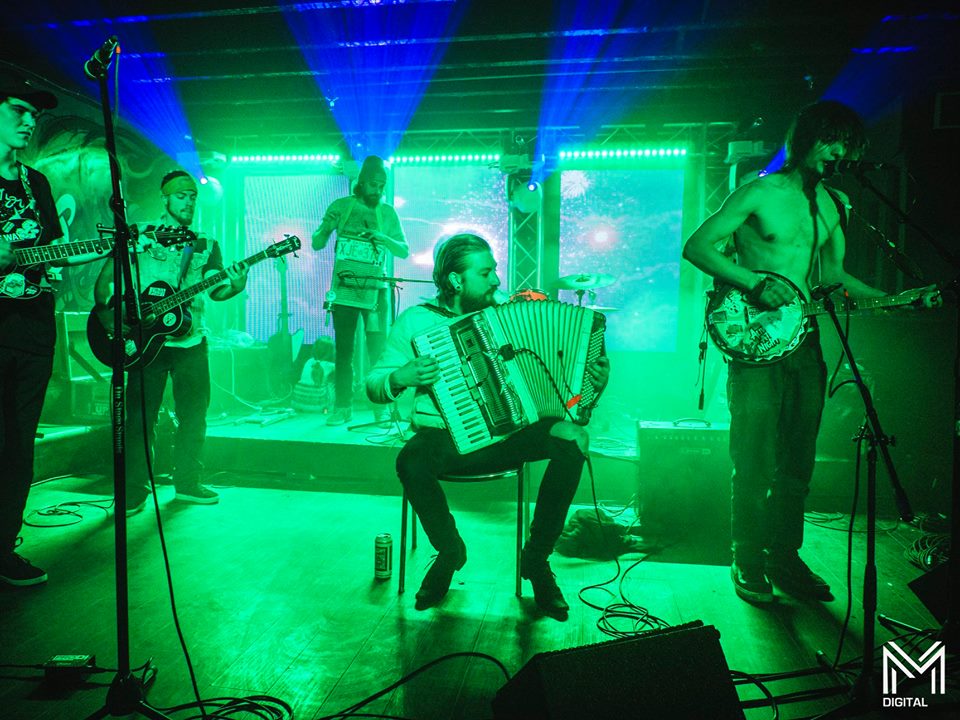 It seems like that’s DSTRCT’s m.o. – what do you hope most that participants and audiences take away from about the Battle of the Bands in particular?

For the battle in particular I was looking to flesh out some new talent and tap into a bit of a younger audience. I first started going to live shows when I was 13 or 14 and know that there’s a whole generation of kids in Guelph who have no idea where to go for live music. Or they don’t know we host all-ages events.

Most place downtown are bars and we feel a place like DSTRCT is important because there has to be somewhere for artists, especially younger ones, to go and do their art, whatever that may be.

Great point. People that age (in my experience) are busting with creativity and talent and energy. There’s no point waiting years before getting them into an environment that helps them feed that energy and develop their talents.

Exactly. I didn’t even live in Guelph but knew about the Trasheteria and knew they hosted live music. I’m in my thirties now but I know that having a place like DSTRCT is important for both the community and the youth in it.

I’m curious – do you still serve alcohol at the all-ages events?

Yes, we do still serve alcohol and we’ve even created mocktail menus for events we know will have a younger crowd.

Any memorable moments from the last battle? What have the bands gone on to do since?

Oh for sure. One of the bands that participated in that battle are now touring the country, playing RiverFest Elora and are really making a name for themselves. Common Deer is their name.

We also had Joel Saunders impress the judges so much that he ended up playing our festival that year and is still playing and teaching. He was a solo act who played fingerstyle which is just crazy to watch.

It’s hard to explain the style but it’s crazy. And for a solo act to beat out bands was pretty surreal.

In a band you’ve got a few members pulling for online votes, and getting people out to the shows so to have a solo artist be the runner up, that surprised me.

I wonder if they turned general audience members into fans, and created most of their votes just by the performance.

I saw you announced a celebrity judge recently, Saturdae Jonez / D’eve Archer Music, are the others still top secret?

Not top secret but a few hadn’t confirmed fully yet. The other battle we had different judges on each battle with some doing a few. This time around I wanted to keep the judges as consistent as possible to keep judging equal across each round. We’ll be announcing the another judges today, tomorrow and Thursday in the lead up to the start of online votes. 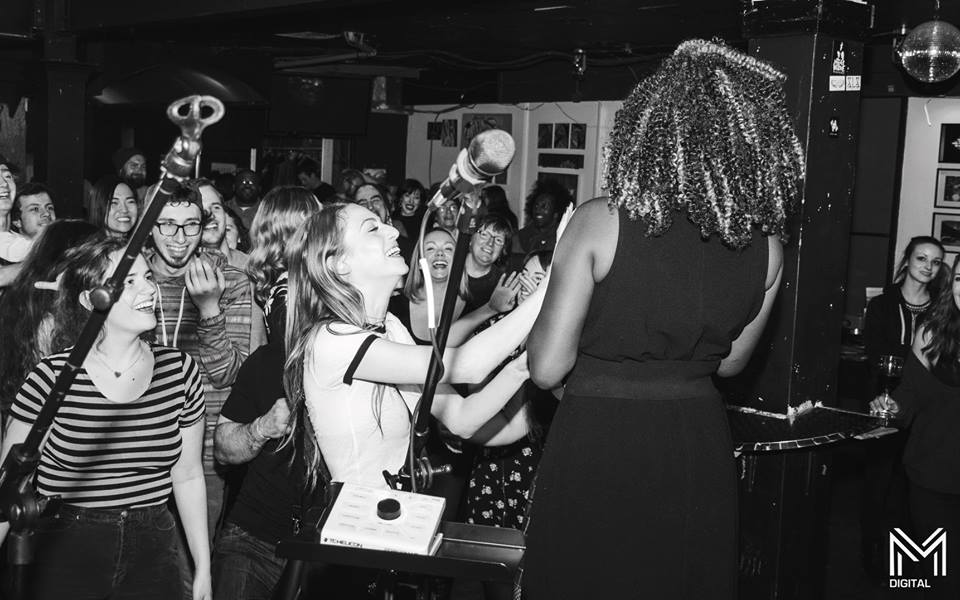 Is this the typical Battle of the Bands format? Or do you put your own twist on it?

We put a bit of a spin on it. Most battles of the bands don’t make money and it has sort of tainted the appeal of a battle. We really try to put that we pay bands at the forefront so that bands know that in addition to the prizes they still get paid at every show. Even if they don’t win.

We sort of wanted to angle it how it’s done on TV shows as well. Celebrity judges and all. What I like about the judge aspect too is that a few of the judges are local promoters, bookers, industry people. So bands get exposure and chances to network. If they don’t win they can still get connected and get feedback on their performance, etc.

I love this. THIS the definition of valuable exposure, combined with pay.

And I feel it’s helped break down some barriers between the various people hosting shows too. I’ve never liked how at times when I was a bit younger how the music / arts scene seemed so divided. This competition gave us an great opportunity to reach out to others to participate in a common event.

Where are the competing bands from?

So far we have bands from Toronto, Stratford, KW, London, Barrie and Niagara who have all applied. 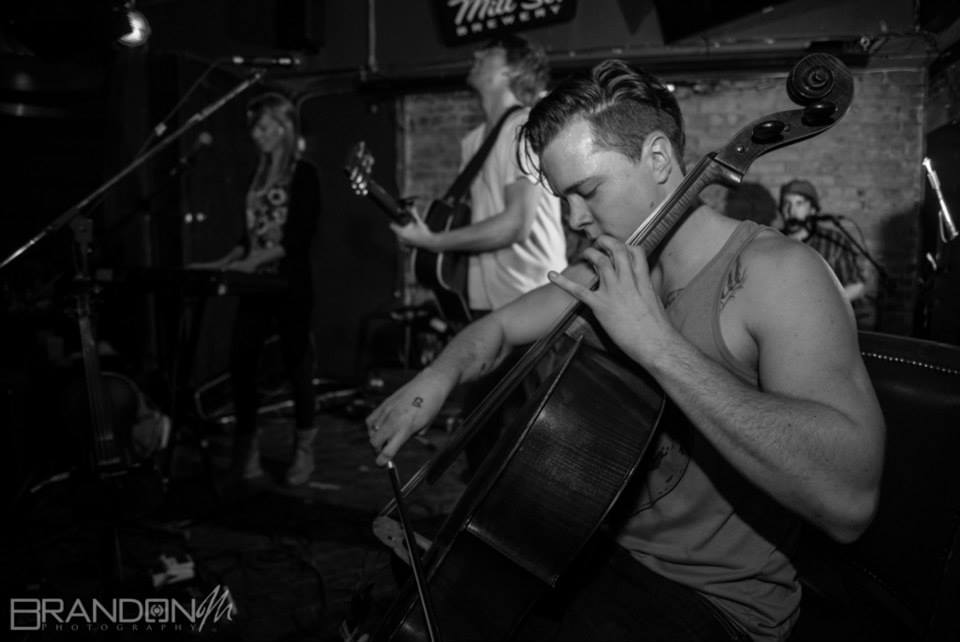 The Howling, competing in Battle of the Bands 2014. Photo by Brandon Marsh Photography, courtesy of GAIN Music.

What are you most looking forward to for this Battle?

I think what I’m most looking forward to is working with new bands and putting them on the Guelph stage.

We actually ended up with such an overwhelming response that we split the battle into two events. So this one starting in May has fifteen bands competing (the May 26 battle will feature The Honest Heart Collective as a guest headliner so will only have three bands competing) and it is indie and rock bands primarily. The second battle will be in July and will be for the hard rock / punk and metal. We’re still taking applications for the second battle.

Just send an email to [email protected] with a link to tunes and socials.

Well, congratulations on the resurrection of this event, it sounds like an awesome opportunity for artists, and great entertainment for audiences!

Definitely! Tickets are on sale now at DSTRCT or on Eventbrite.