“We are thrilled to host the musical talents of Brenda Lewis & friends at the GYMC,” commented Gabriella Currie-Ziegler, Executive Director of the Guelph Youth Music Centre. “Expect to enjoy a matinee concert of smooth jazz, with a hint of eclectic.”

Lesley Mitchell-Clarke, describes the singer’s style in The WholeNote Magazine: “Her adept jazz sensibility is beautifully displayed; her consummate vocal skill shines throughout“ 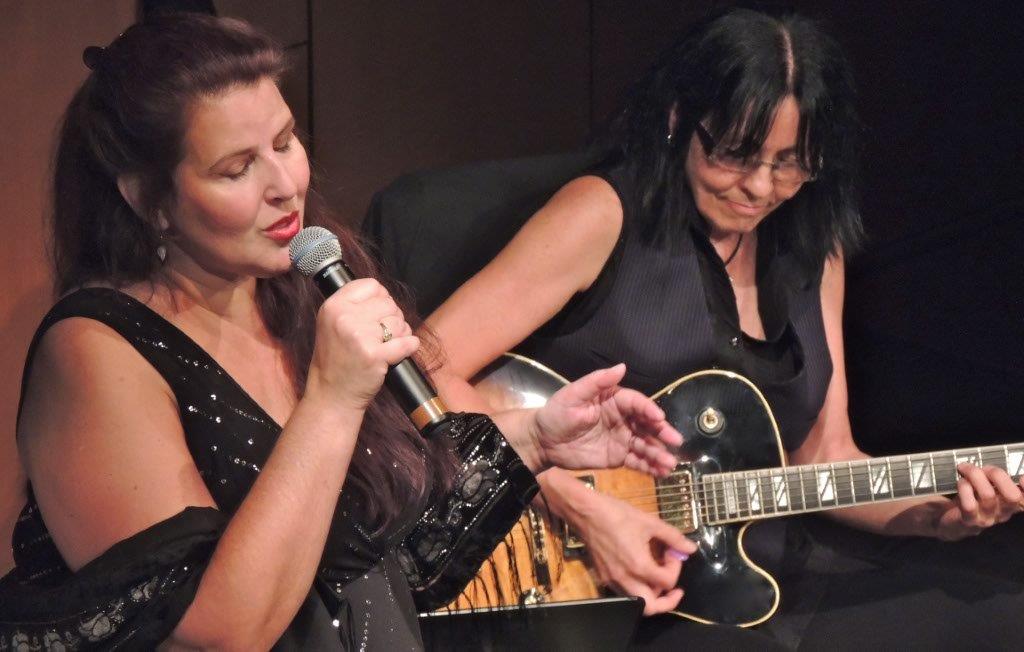 Brenda began performing later than most but made up for lost time by starting a music career in the roots and R&B genres, moving into jazz singing about 20 years ago. Her most recent Jazz CD, “Far & Near” (Nov. 2015) has been receiving airplay on JAZZ FM Toronto & CBC Radio across Canada and has been garnering rave reviews. Mark Rheaume from CBC Radio Canada, featured it on his picks for the new year on the Fresh Air show in January 2016. She is also a busy publicist and teaches singing lessons.

In between rehearsals for Sunday’s concert, we had a chat with Brenda about her years behind the microphone:

What sparked you to get into singing? Tell me a bit about your history as a musician and performer – how it all evolved?

Visual art was very much the main creative focus for most of my life leading up to my mid-twenties or so. I had always been an audiophile, soaking up many styles of music even from an early age – and also sang a lot, but privately! In 1990, it took a job posting teaching ESL in Czechoslovakia to almost force me into singing publicly. I taught my classes popular folk songs from here – and lost my inhibitions since students didn’t know the lyrics in the first place. Much to my surprise I was asked to perform a few songs in an actual concert with others while living there. Months later, after returning to Canada, I moved from Ottawa to Guelph and found myself getting up to sing at house parties’ jam sessions and such. People started urging me to get onstage. So I did. I began with just guesting at supportive events like the Guelph Folk Club open stage and Mel Brown’s blues jams, singing R&B. I soon found accomplished accompanists; first Lloyd Milligan, then longtime music partner Ian Molesworth (our eclectic folk duo was called Hurt & Run). A few years later, I moved into jazz, mainly because whenever I would perform the odd jazzy number, people really responded well to it and started asking me if they could book me to do that – so I took the plunge and have never looked back. I still maintained connections to roots music in duos with Nonie Crete, and Eddie Douglas – and now with vocal harmonies duo partner Gayle Ackroyd, but worked hard at learning the craft of jazz singing and have managed to build a sustaining career singing jazz through the support and partnership of longtime music compadres Margaret Stowe, Tony Quarrington and Guelph’s own John Zadro.

You’ve performed in many respected concert series and festivals. What do you consider to be the highlights of your years in music?

There were concerts honouring two prominent Canadian artists who have deeply influenced me musically – which I had the joy of singing in – one was for Jackie Washington and the other for Colleen Peterson. More recently I was asked to be one of the guest vocalists in a short concert run performing pieces written by The Breithaupt Brothers, a gifted and prolific songwriting tour de force often referred to as “The Canadian Gershwins”. Beyond those, there are many highlights … sometimes I just have to pinch myself to believe some of the musicians I’ve gotten to share stages with…

What does music mean to you?

It’s always been a constant, an integral part of my life. I cannot remember a time when I was not listening to music on the radio even as a young child. Specific music connects me to exact life events. For me, music is all about connection; the measure of music is whether or not it reaches me somewhere inside; whether it makes me feel something. When I sing that is my hope – that is connecting to the hearts of listeners. Music is also very much about connecting to the community, the world, to humanity. Sometimes an important message conveyed via lyrics, melodies and arrangements can reach people in a far more meaningful, tangible and accessible way than simply watching the news, for example. 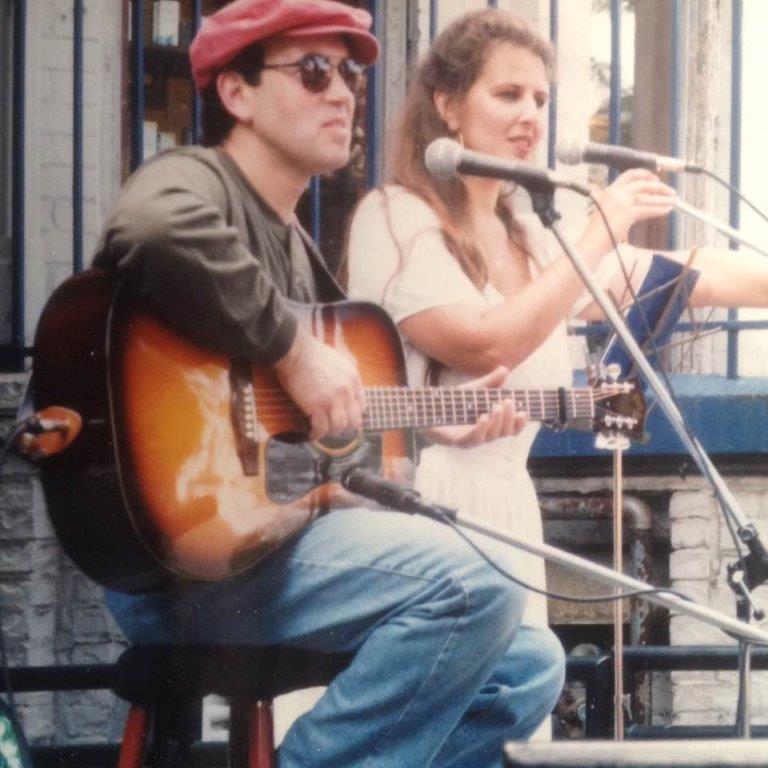 What makes this Sunday’s concert such a special one for you?

Well, it is a landmark year for performing which seems to have arrived rather quickly – a quarter century – so I’m thinking of it as a sort of celebration. It’s a way of connecting with a community that has been very supportive of my musical endeavours over the years so it is also an opportunity for me to show gratitude. The musicians with me onstage have each played important roles in my musical development over the years (and yes, there are many more musicians – too numerous to mention). The audience at this Sunday’s concert can expect a feeling of warmth, good humour and camaraderie between all involved. 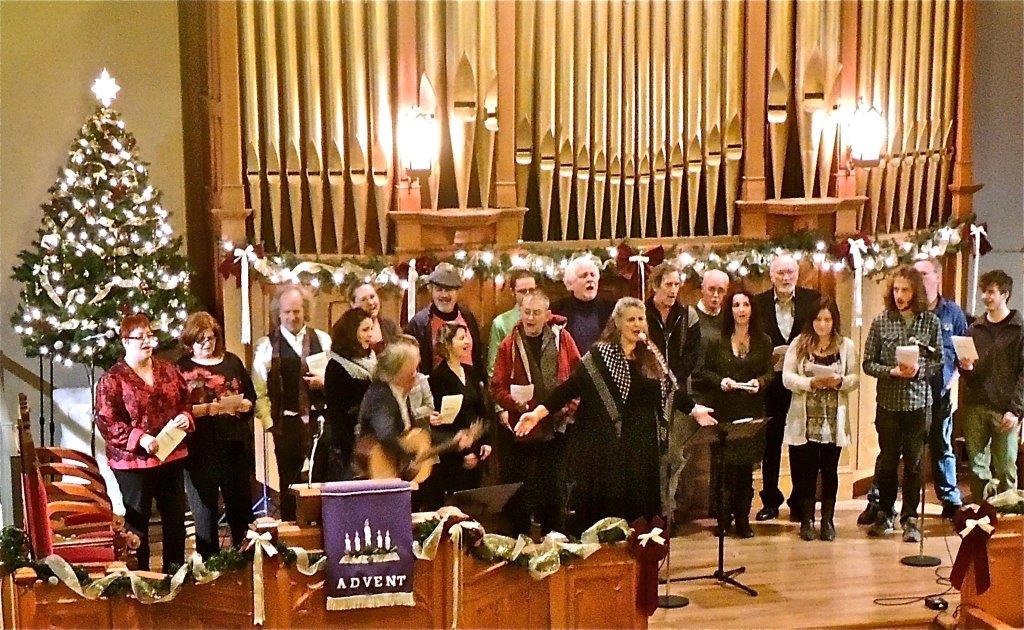 Where do you see your music career going from here… where would you like it to go in the future?

Creatively, I am hoping to get back to songwriting. The constant working out of interpretations of jazz standards for so long seems to have moved me away from writing. And time permitting, working on my guitar and ukulele-playing. Most of all, I’d like my music (and myself!) to go places, literally. I’m hope to arrange some concert touring to farther-away-places. Across Canada and just about anywhere in the world.

Learn more about Brenda Lewis & listen to her music at: http://www.brendalewis.ca/