Member Spotlight: The Other End of the Brush with Chelsea Brant

by Emily Hearn
all images courtesy of the artist

Chelsea Brant, a graduate of the University of Guelph’s Fine Arts program, believes that a variety of experiences is the key to gaining perspective and developing one’s art. During her five years of study, Brant participated in two study abroad programs and says that she brought home immeasurable knowledge.

Chelsea Brant, at [Res]idual, an exhibition the artist curated at Hamilton Artists’ Inc. in summer 2018. Pictured: Can I Squish Your Face, by Audie Murray.

One of her placements was completed in Germany. She didn’t paint at all while she lived there. The art, Brant found, was more interactive and stylistically industrial than you would typically find here in Canada. “Their focus is on conceptual work and interactive installations.” Brant’s website hosts a series of photographs she took of one such installation, a project where participants adventured around the city of Bremen to find and scan QR codes placed in unconventional locations.

“The passion for art there is so different from the passion you see here.” Brant found that students were expected to act, perform, and regard themselves as professional artists from the day they began studying. It’s different here in Canada, she says, as she found that she was given the impression that she would one day become a professional artist – it was something she was working towards through her degree. However, she finds that society and the art world in Canada are starting to demand more of art students much earlier in life, which forces young artists to establish themselves early on in their careers. 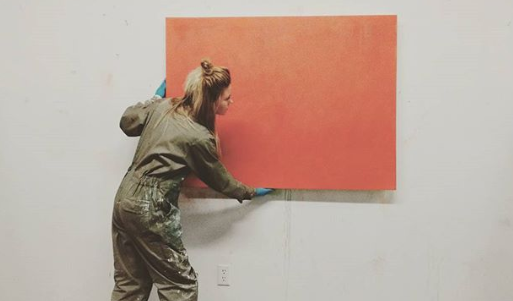 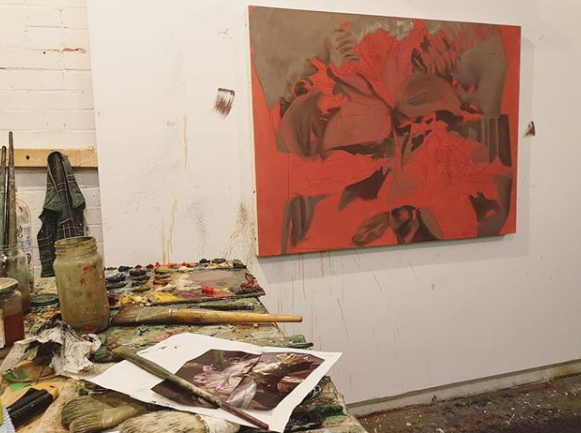 Brant in the studio.

The other study abroad placement saw Chelsea in Australia, which influenced and inspired her art even after her return to Canada. “I lived with seven Australians,” she says of her stay. “Two of them were Aboriginal Australians. One was very involved in the community… I learned so much about art from them.”

Though it was only one small piece of the knowledge Chelsea gained in Australia, something that really resonated with her was the use of colour. A focus on “earth-based learning” means that the natural colours of surrounding landscapes are predominant in a lot of Aboriginal Australian art. This discovery made Brant look at her environment in a whole new light. “When I came back, I really noticed the trees, their textures, their patterns.” This appreciation of nature’s colours is one that is still reflected in her work. 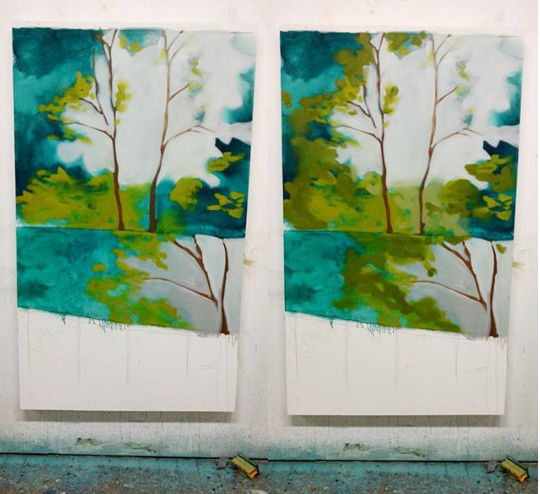 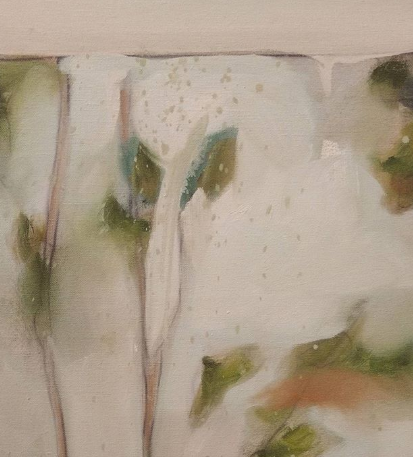 Brant dabbles in painting, cut-out collages, drawing, and photography, but she frequently displays a theme of gathered fragments. “I find it’s a bit of a comfort zone, but it also challenges me in ways,” Chelsea says of her art style. “It’s a really contemplative experience, to get to sit with these personal images and rip them up and move them around and layer them to see how they work together.” Brant’s collage-style artwork seems to capture a tiny fragment of time, the flash of a moment that revives old memories. “I’m always trying to find the person in things.”

Even though much of her work ignites specific memories for her, others have felt a similar connection to Chelsea’s paintings. She recites a story of a woman who told Chelsea that one of her paintings reminded her of her childhood in Hong Kong. Art’s immense communicative power is not lost on Brant. “It’s amazing, to be able to have that human connection,” she says. Art can also be a powerful translator of information. “Some people can be really impacted by statistics. But for others, it doesn’t really affect them in a meaningful way. But if they’re shown in a different way, whether that’s visually or otherwise, it can be understood more personally.”

Though Chelsea has taken a break from making her own art, she certainly has not slowed down. Earlier this year she began a new job at the University of Guelph, and she curated an exhibition in Hamilton called [Res]idual which ran through the summer. “The last five months have been heavily invested in the curatorial process.” Taking a break from the activity she loves was difficult, but Chelsea found that it helped her truly appreciate creating art. Although she works full-time and is very active in the community, Chelsea hopes to jump back into the studio soon. “I’ve really missed it. More than I thought I would,” she says of her hiatus, excited to return to her passion. “I’ve given myself a deadline. By late fall or early winter I’d like to have a new series.” 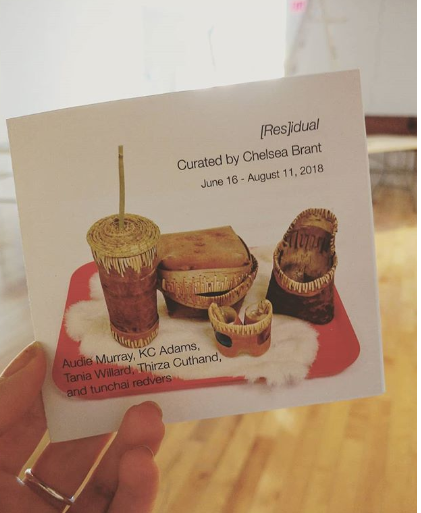 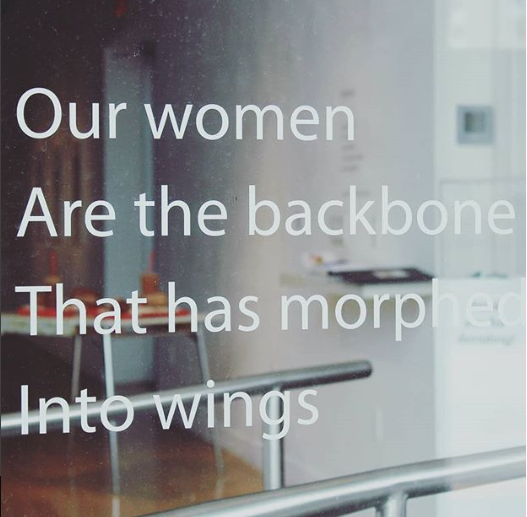 (Above) images from [Res]idual, including Can I Squish Your Face? by Audie Murray, The Combo by Tania Willard, and ts’ekui by tunchai redvers, onthe window of Hamilton Artists’ Inc., curated by Chelsea Brant.

As of yet, the ambitious artist does not know what the new series will look like. “I always think I have an idea of what it’s going to be at first, but it almost never turns out that way,” Chelsea explains. “There have been times that I’ve brought images to the studio with a certain idea in mind, but once I get them there it changes completely.” By abiding by a more organic process, she can get to know the story that the materials and images are meant to tell. She also doesn’t title the work until it is complete. These practices prevent her from unintentionally restricting the art to fit a certain mould.

Widening her horizons seems to have granted Chelsea Brant the ability to see the overlooked beauty of unexpected things. By uniting contrastive pieces, she is able to demonstrate the diverse yet harmonious pieces of a character, memory, home, or place. Luckily, there is no shortage of “beauty in the banal” for Chelsea to share with us. Keep your eyes open for this creative’s future endeavours.