“Wow!” said (GAC summer student) Lauren. She may have been talking about the well-stocked fridge to properly dress her coffee, but the sentiment echoed throughout our tour of the newly opened Royal City Studios in Guelph. It’s a beautiful space; modern, accessible, functional, and professional. There is a reception desk at the entrance where Lauren and I were warmly greeted when we arrived, which is in stark contrast to some studios I’ve visited in the past (which certainly have their own charm) where instructions may have included “call or text me (or some other random stranger) when you’re close, and I’ll come and find you so you don’t get lost or scared”. I’m exaggerating slightly of course, but the point is that we could tell from the moment we arrived that we were in a professional music studio, a first impression that carried through during our visit.

We met owner Jim Duffield, who smiled kindly when he welcomed us and offered us coffee as he led us to the already-sort-of-mentioned well-stocked kitchenette near the entrance of the building located at 930 Woodlawn Road West. Jim has renovated what was once Delainey’s Restaurant to create a world-class recording studio complete with that kitchenette, a spacious and floor-to-ceiling windowed lounge and seating area, several affordable rehearsal rooms ($5-$35 per hour) and a 1200sq.ft private event space.

It’s been a labour of love for the Guelph resident and one-time Blackberry employee. Playing music since he was a child, Jim was the student in high school to whom the teacher gave the music room key so he could practice any time he wanted. Growing up in Brampton (Bramalea), he followed the “practical” path of going to university for engineering, eventually finding himself in the Waterloo tech sector, but always kept music close to his heart, continuing to play saxophone in a band. As the band continued jamming in one of its members’ basements – which was functional, but a low ceiling induced cricks in necks and a lightbulb had to be removed for safety reasons – Jim conceptualized “a place for people to go and be musicians”. Knowing the effort that is required to hone one’s craft – whether as a career professional, a weekend warrior, or a serious hobbyist – Jim recognized and then aimed to fill a need for a clean, welcoming, properly equipped, and (I’ll say it again) professional atmosphere for musicians to practice/rehearse. Adding a proper recording studio and event space diversifies the venue’s offerings, making it a one-stop location for a complete musician’s experience. 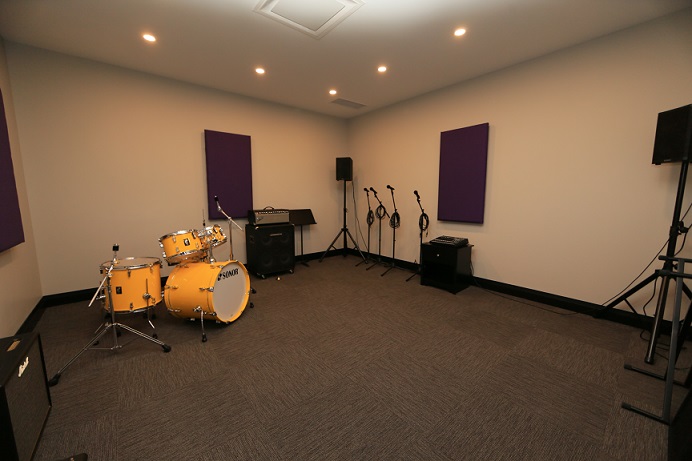 In our conversation with Jim, I reflected on my own experience as a songwriter, saying that when I’m at home, I don’t always give myself the time nor my full attention to writing or rehearsing, often distracted by my kitchen, or laundry, or a good book, or the Blue Jays game on the radio (yeah, I’m one of those people), and so on. Booking a few affordable hours per month at Royal City Studios would at least remove the distractions of my surroundings, perhaps allowing me to dedicate myself fully to practicing, and maybe even come up with some new material. Maybe other musical Guelphies feel the same. If you do, pay Royal City Studios a visit. 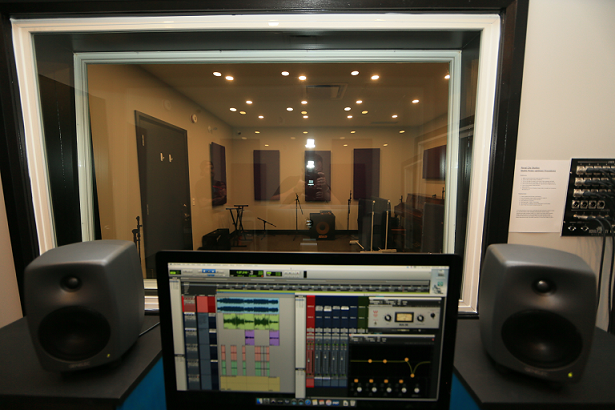 For more information about booking that very affordable rehearsal space, recording time (studio available with or without an engineer), private events, and more (including becoming an investor), you can find Royal City Studios online at www.royalcitystudios.ca or in-person at 930 Woodlawn Road West in Guelph (Route 20 on Guelph Transit stops almost on the doorstep).