By The Downtown Theatre Project

Members of Guelph’s independent intimate theatre company, The Downtown Theatre Project (DTP), are the new organizers of The Guelph Fringe Festival. After being dormant for the past two years, previous management of the festival was happy to have DTP come on board to take the reins.

DTP has been producing professional level theatre out of The Making-Box improv and comedy club at 43 Cork Street E. since March of 2018. A mix of edgy, thought-provoking, topical and funny, the DTP has been on a roll. Fortunate to have multiple sold out runs in their short existence so far, the company has been able to continue bringing local talent to this intimate space in downtown Guelph.

DTP’s sold out comedy this past spring wtih 5 lesbians eating a quiche in The Winning Quiche! Photo credit, DTP.

Local celebrity Shawn Firlotte plays the titular role in their current presentation, An Act Of God.A comedy featuring the big Guy upstairs and a few of his Angels, where they try to set the record straight about what He expects of his human subjects. On stage from October 30th to November 3rd, this play written by The Daily Show’s lead writer David Javerbaum is DTP’s 7th show in two years. 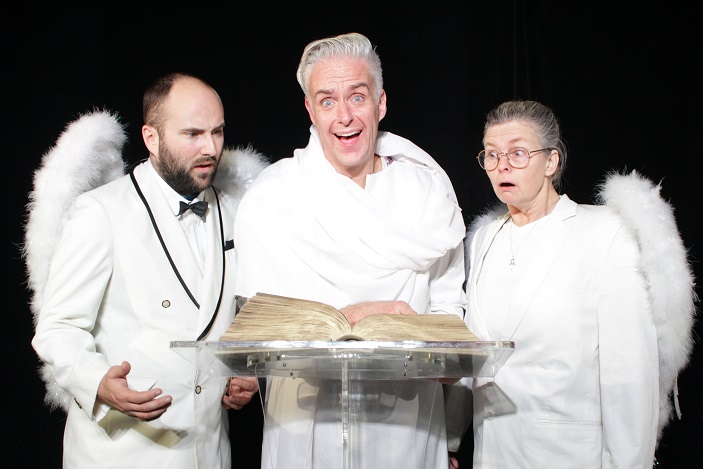 One of the four owners of DTP, Paul Barson, explains how Guelph is a hidden gold mine of theatre talent. “We have been working in the semi-professional and community theatre worlds for decades and it is clear that Guelph has a good number of talented folk that deserve to get paid for their crafts.” As a collective that uses a profit share model, that’s what DTP tries to do. Once the expenses are paid, the artists and craftspeople get to split what’s left. “Our set people, props designers, actors and technicians are all creating professional level work. Just because they have day jobs to pay the bills, doesn’t mean they shouldn’t be rewarded for their efforts. Luckily, our business model supports that,” says Paul. 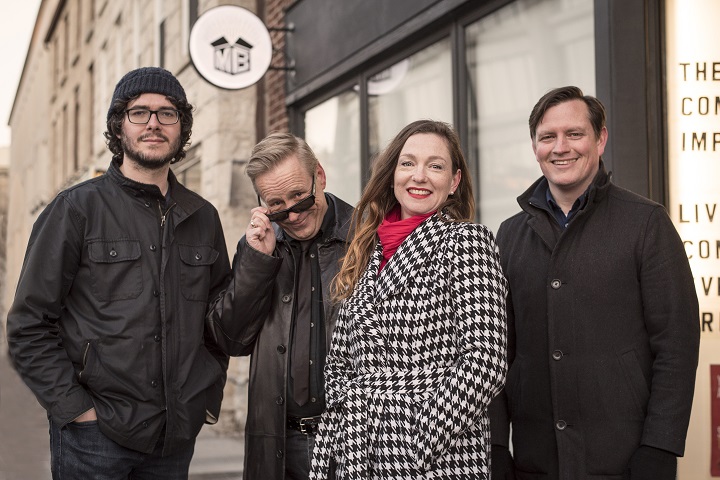 Jen Barson, Trevor Smith Diggins and Tim Clarke are the rest of the DTP team, all award-winning actors, directors, producers and writers.
Coming soon for DTP is Collective Rage: A Play In 5 Betties in March and The Last Five Years (their first musical) in May.

Now that DTP has perfected the process of producing small-scale intimate theatre, they saw an opportunity to expand their support for local theatre by getting involved in The Guelph Fringe Festival.

Following discussions with the Canadian Association of Fringe Festivals, Paul felt it was a good match for DTP. Fringe has a model where every dollar that patrons pay at the door goes directly to the people that created the works. This meshes well with DTP’s goal to reward the artists. “I saw that the festival was not happening again in 2019, so I reached out and we offered to step in to help,” says Barson.