Change is afoot in the snow! Beloved seasonal trio Boreal introduces a talented new band member as they perform two “Songs For The Snowy Season” concerts over two days at the River Run Centre from Dec 20-21. The group now consists of two local award-winning singer-songwriters Tannis Slimmon and Katherine Wheatley, and they welcome Angie Nussey who has taken over for Guelph singer-songwriter Jude Vadala.

To make the performance even more special each member of the trio has dug up old songs and written new ones about winter. Their lyrics of which are said to conjure up vivid sights and sounds familiar to many Canadians. Their love of harmonies along with their combined songwriting skills, “tour de force” voices, and the joy they feel singing with each other are sure to make “Songs For The Snowy Season” an unforgettable celebration of winter and the spirit of the holidays.

Slimmon’s career has spanned more than 35 years. In that time, as a member of the Bird Sisters she has sung harmony for many Canadian music stars including the Rheostatics, David Francey and Valdy. and received the Canadian Folk Music Award for Contemporary Vocalist of the Year. Her solo album Lucky Blue was named one of the Top 10 Albums of 2008 in the Penguin Eggs magazine critics’ poll, and received a Golden Quill Award for songwriting, and an Independent Music Award for Best Folk/Roots Song.

When not performing with Boreal, Wheatley performs as a solo artist with Betty and the Bobs, and in Wendell and Wheat with Canadian Country Music Hall of Famer, Wendell Ferguson. Wheatley’s song “Hallelujah” won a 2009 Golden Quill award, and 2 of her other songs were selected for the new Rise Again Songbook. She has performed on CBC’s Vinyl Café and CTV’s Canada AM. Through her program Youthsongs, she has written over 200 songs with kids and produced over 25 school CDs. She also works as a singer/zodiac driver in Antarctica and the Arctic!

Although the newest member of Boreal, Nussey has decades of experience performing on stage, this award-winning Canadian recording artist and producer from Orillia has released 6 full-length albums and won over 15 industry awards for song-writing, vocals, and performance since 1999.

Join Brenda Lewis & Gayle Ackroyd for an engaging evening filled with lesser-known holiday gems spanning many decades and musical genres – plus some mighty fine originals penned by Gayle. All at an intimate house concert with a pre-concert cocktail party and church lady baked goods at intermission (included in ticket price !) 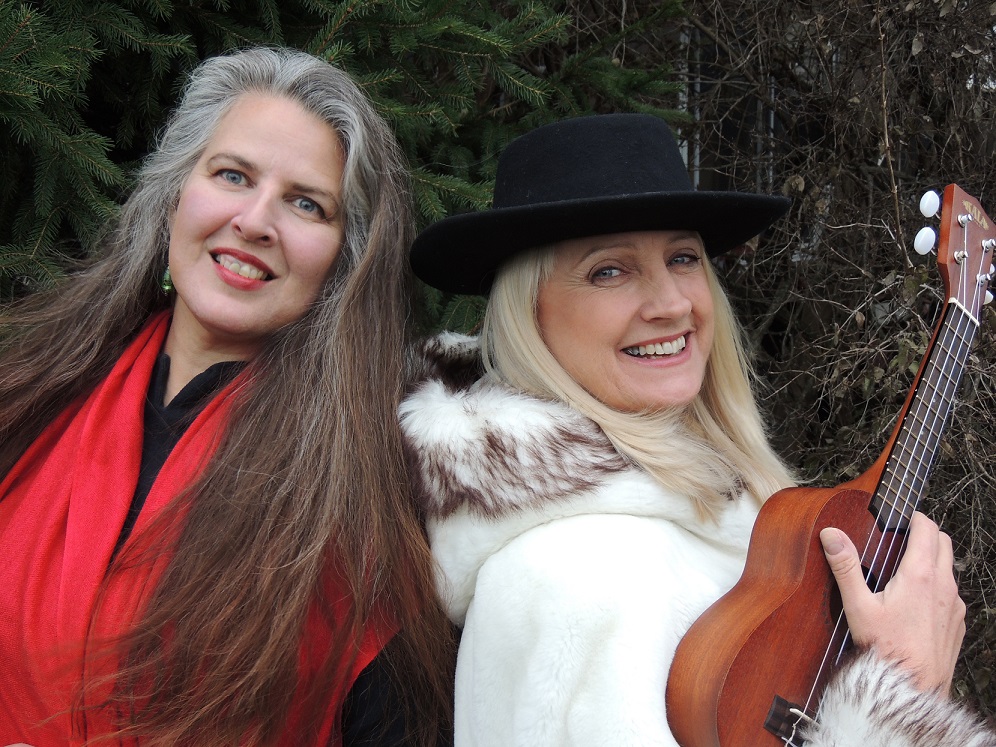 Originally from Brampton and a graduate of Sheridan College’s Musical Theatre Program, Gayle Ackroyd is a prolific and adept songwriter. She has performed onstage with many blues greats and was the recipient of a Toronto Arts Council Songwriting Grant to live in Nashville. Gayle and her husband run the “Gibson Music” school and she teaches group programs for ukulele, and, “Music For Young Children”. This year, she released a Ukulele CD, is working on a jazz album, plus an album of self-penned original Christmas songs!

Visit their online newsletter to learn more about Brenda and Gayle.