VERSA – “Love What is Left”

Focus, deep breathing and being present are the artistic tools we have been most concerned with honing as of late. As dreamers and wanderers, the shackles of isolating at home over the past three months have felt particularly disruptive to free-flowing creative expression. I truly appreciate how inspiring it is to be around other creators and absorb the energy of watching a music performance or discussing an exhibition, and how those experiences just can’t be convincingly replicated on a live-stream. Lucky for me, I’ve been isolating with my main creative partner, and through ample frustration, creator’s block, and wondering if the art world will ever be the same, we’ve supported each other and kept each other sane. As some readers will know, VERSA is a multidisciplinary collab between myself and Monika Hauck. We do immersive music and projection performances, along with media installations, marbled printmaking and visuals for other musical artists.

Our most recent discovery: improvisation. Not sure if we came to it through a class Monika took at The Making Box, my involvement as an organizer at the Guelph Jazz Festival or participating in the Creative Music Ensemble at University of Guelph…more likely, some combination of all three. But in the same time as this pandemic has thrown “normal” life into chaos, musical improvisation has become central to our practice. Our rehearsal space (thankfully the back room of our home, so untouched by the closures) has been converted so that with a couple flicks of ON switches, we can begin multitrack recording a brand new instrumental exploration. Each month, we’ll listen back to our creations, choose one to pair with sound-responsive visuals, and release it as part of an ongoing series of “Sketches”. There is something about improvisation that is so freeing and lightening, as the weight of making compositional decisions is lifted. 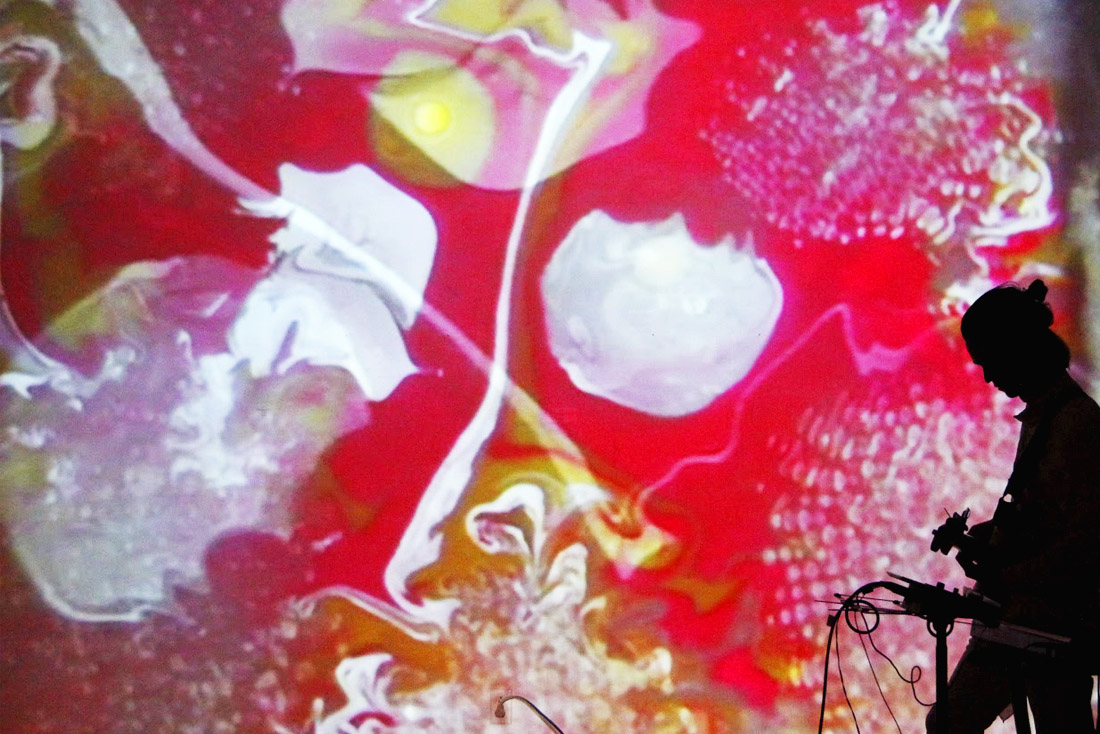 That brings us to our newest release, a video called “Love What Is Left”. This is one such improvisation that we jammed into being in late March, just as ‘self-isolation’ and ‘global pandemic’ were on the tip of everyone’s tongue. In hindsight, this particularly amelodic and dark piece feels like it perfectly represented the uncertainty and dissonance present in our thoughts and conversations at that time. We decided that visually, the ideal pair for this music was human movement, and we enlisted another artistic, isolating couple to help us visually convey some of the conceptual elements we identified in the recording. Dance artist Jess Germano, with three improvised performances, beautifully interpreted our music as her partner Conor McSweeny filmed. Feelings of restlessness and entrapment, a fractured self and unstable sense of identity present themselves as the movements unfold. In our layering and composing of the video, we sought to add an element of the psychedelic, and to a certain extent, the psychotic. We hope that “Love What Is Left” can serve as a healthy catharsis for all of us redefining our sense of self and unable to sit still in this moment. 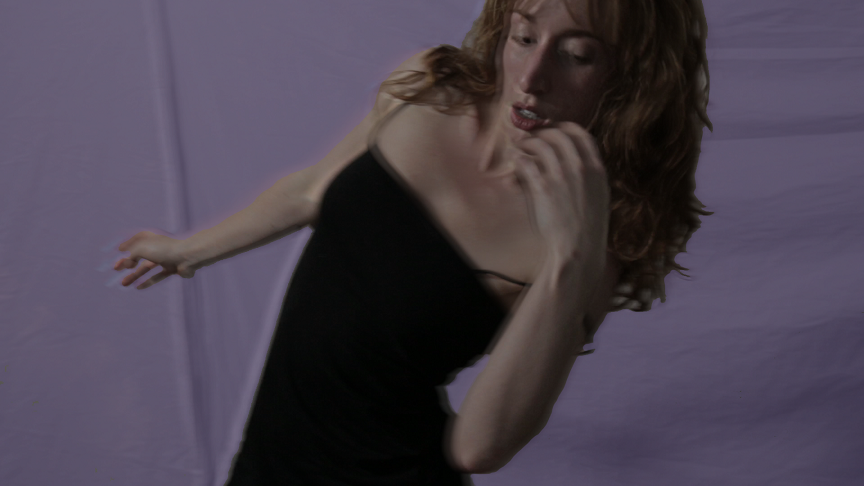 Thumbnail/cover image from “Love What is Left”. Photo by Conor McSweeny and VERSA

On the horizon for the remainder of the year, we’re excited for LUMEN festival, where we will mount an interactive installation that encourages participants’ to explore and play with their sense of self, as well as the final Kazoo! Fest in October where we will be creating visuals for several of the performers. Towards the end of the year, we’ll be releasing a new album. 9 songs in the vein of instrumental, electronic and ambient.

VERSA will be doing a Youtube premiere for their new video “Love What Is Left”, on Thursday July 2 at 7:30pm. Set A Reminder on Youtube: https://youtu.be/E3egN1Qing0

You can connect with VERSA online: